Immigration New Zealand has confirmed the information about Parent Resident Visa and announced that from February 24th, those who intend to apply for this visa can formally submit EOI (Expressions of Interest), which 1,000 copies are issued each year. If applicants have previously submitted their EOI, they can update it to meet the new requirements or withdraw their EOI and apply for a refund of previous EOI fee. 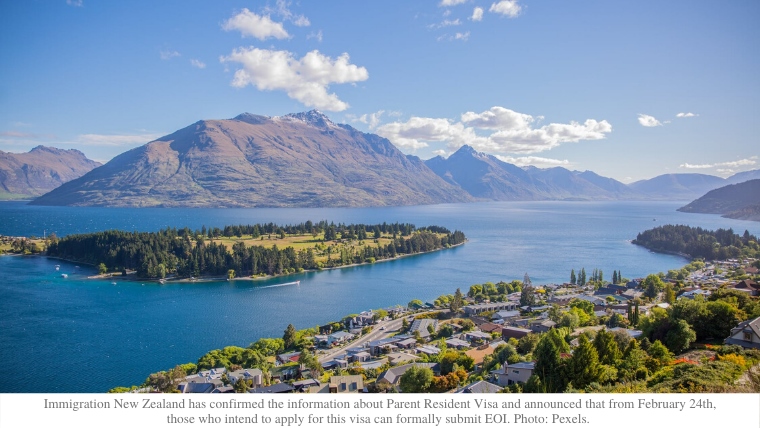 Applicants can live, work and study in New Zealand, and include their partner in their residence application. At the same time, grandparents and legal guardians may be able to apply for residence under this category. If applicants have any dependent children, they are not eligible for this visa. In addition, Immigration New Zealand has also stipulated income requirements for sponsors, application conditions, and related obligations.

In October 2016, then Immigration New Zealand Minister Michael Woodhouse announced that Parent Resident Visa would be closed for two years. On the one hand, it was true that the number of applicants has reached the upper limit; on the other hand, the Minister believes that immigrant parents have put a lot of pressure on the Ministry of Health and the Ministry of Social Development of New Zealand.

At that time, Massey University sociologist Paul Spoonley believed that New Zealand's immigration policy targets those who can contribute economically, and most tend to be working age. "But they left their parents behind, and at some point it became a problem," he said. Lack of mobility, loss of friends, obstacles to language communication… all these are some of the problems that elderly people are likely to experience after immigration. Therefore, the Government of New Zealand also attaches great importance to how to better integrate new immigrants into the local living environment, and adjusts the requirements and difficulties of application.

Almost 2000 people looking forward to gaining the Parent Resident Visa in New Zealand have paid close to $1 million in fees since 2016 despite Immigration New Zealand warning them not to apply. Although it has now reopened, it has obviously become more difficult with few quota of people.

New Zealand is the most popular immigration destination in the world, no matter which option has been chosen as the immigration route, either investors, entrepreneurs and skilled workers can easily obtain New Zealand permanent residency. The permanent residency is granted once and for all, nothing else should be done to maintain it. GLOBEVISA is committed to making the most suitable immigration program for potential immigrants based on their eligibility, application processing time and other requirements. Choose GLOBEVISA, your immigration dream will be realized through the most feasible way.