Montenegro The first candidate for the EU eighth enlargement 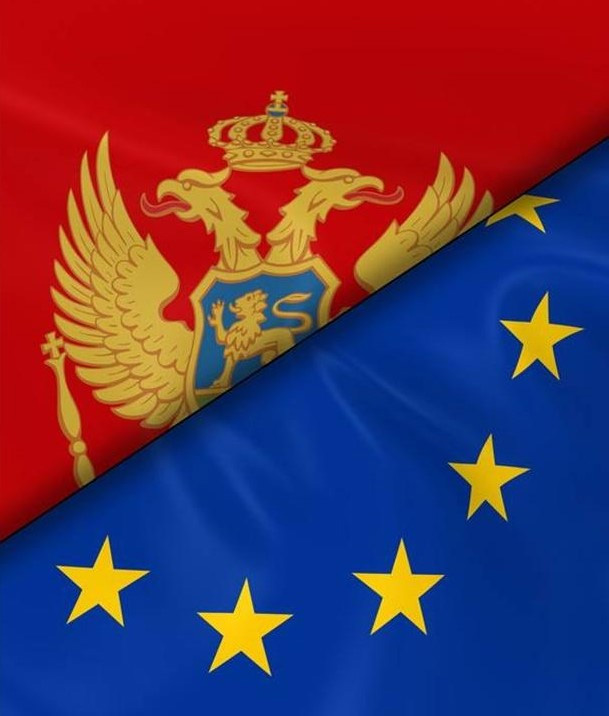 Since applying for formal accession to the EU in 2008, Montenegro has been striving to complete various articles of association formulated by the EU, and has frequent interactions with the EU, constantly strengthening the construction of the country's economy, politics, rule of law, and other aspects, and striving to join the EU earlier and faster.

In March 2021, the chief negotiator of the EU said in an interview that Montenegro aims to join the EU in 2025. The Government of Montenegro has clearly stated that, regardless of the geopolitical situation, its strategic action is to complete all tasks within this time frame and become the next member of the European Union.

The European Union currently has 27 member states, Of the five candidates on the road to EU enlargement, Montenegro is the only one that has achieved outstanding results on all fronts:

★ The only country to open all negotiation chapters；

★ The country with the fastest negotiation process

★ The official currency is the euro, the only candidate which has unified its currency with the EU;

★ The candidate that has the support of all EU member states；

★ Montenegro has been supported by the European Parliament and recognized as a leader in the EU accession process.

Looking back on Montenegro's 12-year journey to the EU, the following are the important milestones：

1. At the end of 2008, Montenegro formally applied to join the European Union

3. In 2012, Montenegro started its negotiations to join the EU, and the EU formulated a total of 35 negotiation rules for Montenegro;

4. In 2016, the European Commission has determined that Montenegro has the highest qualification status among all candidates;

6. In February 2018, the European Commission held a meeting in response to the Brexit, and proposed a new round of eastward expansion strategy, publicly identifying the time plan for Montenegro's accession to the EU in 2025; 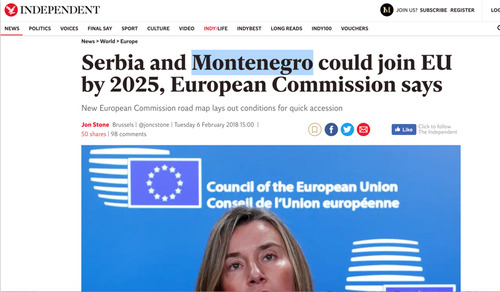 7. In 2018, the EU also released a report that stated clearly that the EU would expand by one member in the Western Balkans region by 2025. Montenegro, which has already opened all chapters of the negotiations, stands to benefit most.

8. During 2010-2020, the EU has successively invested 507 million Euros in Montenegro as the "EU Assistance Fund" to assist Montenegro in its rapid development to meet EU requirements; Combined with the assistance provided by the EU to Montenegro during COVID-19, the EU's financial input to Montenegro has reached about 1 billion euros.

9. From the end of 2019 to Jun.2020, the negotiations for the final chapter of Montenegro's accession to the EU, "Chapter 8 - Competition", were officially opened, accelerating the accession process once again! 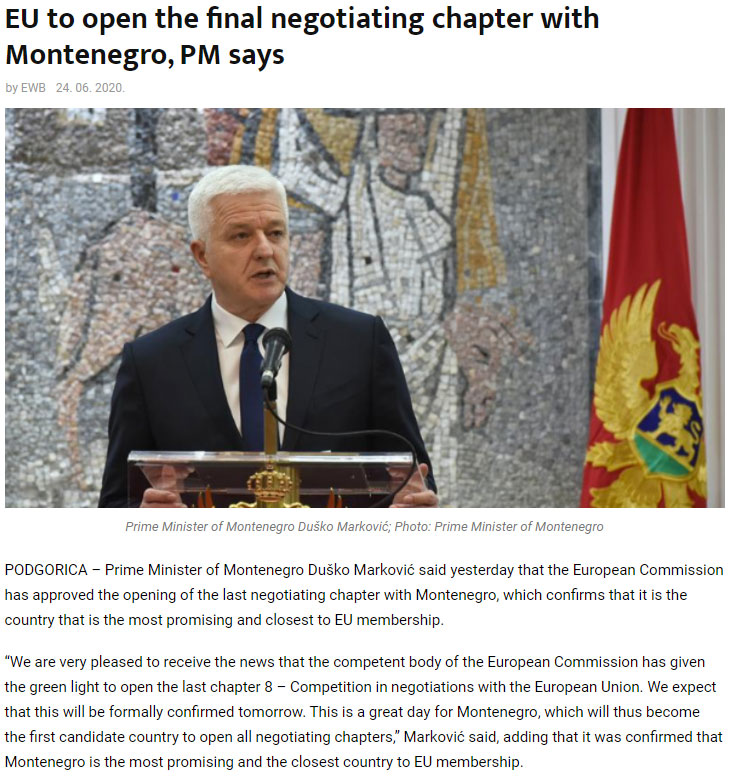 10. Since October 2019, Montenegro's entry into the EU has received the support of all EU member states and the EU partner countries; Hungary, the United States, Malta, Germany, Turkey, the Netherlands, Greece, Italy, and many other countries have declared their support for Montenegro's accession to the European Union.

12. In May 2020, the EU stressed at its enlargement summit that COVID-19 would promote EU expansion. In September 2020, the new EU Ambassador to Montenegro stated that the Western Balkans belong to the EU and will firmly support Montenegro's accession to the EU.

13. In November 2020, the EU spent money to support legal development in Montenegro. By establishing a more efficient judiciary to fight corruption and crime, Montenegro has completed the basic unification of the European Union's judicial system.

14. In December 2020, the new Prime Minister of Montenegro paid an official visit to the EU headquarters. Both sides expressed their willingness to accelerate Montenegro's accession process to the EU. It is expected to complete accession to the EU by 2024.

15. In March-May 2021, Montenegro's chief negotiator with the EU made it clear that whatever the geopolitical situation, the strategic action of the government of Montenegro was to complete all tasks within this time frame and become the next member of the alliance.

16. In April 2021, Montenegro will complete the four negotiating articles on trade, customs, industry, and taxation.

17. In the public meeting of the current European Commission in the first half of 2021, it said that it would include a member state before 2025. Judging from the data and situation, this country is Montenegro, which is in the first place. In March 2021, the new government of Montenegro announced that it would bring the country into the European Union within a four-year term。 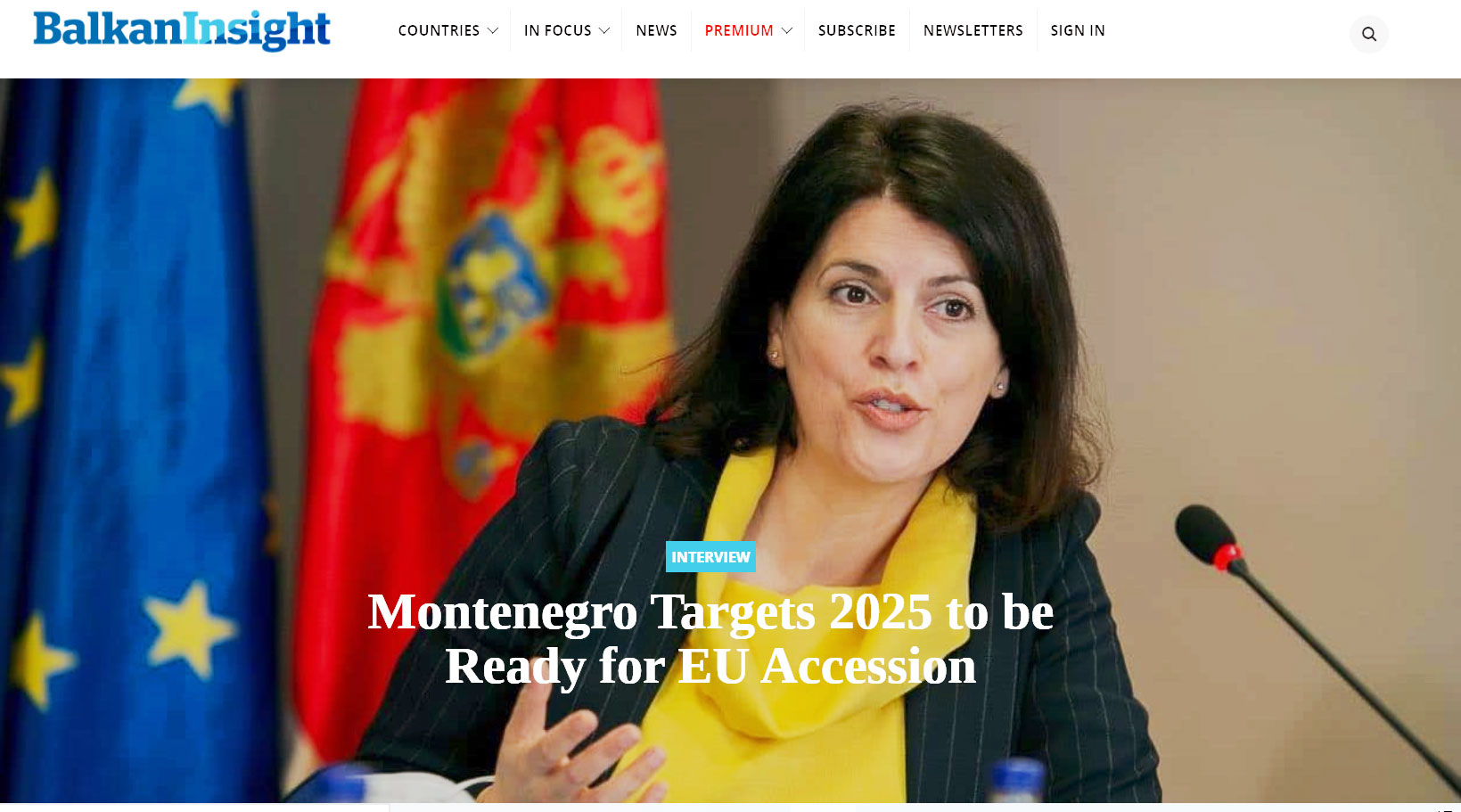 According to many official government reports, referendum results, objective economic data, and EU policy, Montenegro has been confirmed to join the EU in 2025. As the first candidate for the 8th Enlargement of the EU, Montenegro is shining in the region of the Balkans in Southeast Europe.

The approval of naturalization is finished within 6 months.

Montenegro citizenship is on the white list of EU and OECD.

Both Individual income tax rate and business tax rate is 9%.

Montenegro citizenship can apply for US E2 visa.

Montenegro passport is visa-free for 124 countries, including HongKong, Macao, Singapore, the Schengen countries.

Unique and high-level vacation resort in Europe, known as the "Monaco" of the European Balkan region. One of the countries in Europe with low crime rate and fast economic growth.

Expected to join EU in 2025, a huge increase in identity

Montenegro officially started EU accession negociation on June 2012. It is the only candidate country that has opened all chapters of EU accession negotiations. Montenegro has received wide support from EU member states and is expected to join EU in 2025.

Latest News/Updates
Montenegro The first candidate for the EU eighth enlargement...
How can we help you to get a US green card in 10 MONTHS through EB-3 route?...
US EB3 - Is it difficult to find a job in the U.S. now?...
Need to know about U.S. EB-3 Employment-based Immigration...
Globevisa group wishes you and your Happy Spring Festival!...