It is believed that the upcoming Canada Saskatchewan Immigrant Nominee Program (SNIP) Entrepreneur Expression of Interest (EOI) pool selection in November or January next year will have change to its selection process. The new selection process, rather than selecting based on the highest total points score, will select a fixed number of random applicants. The new change has caused effects to all applicants, in particular to applicants with low points. 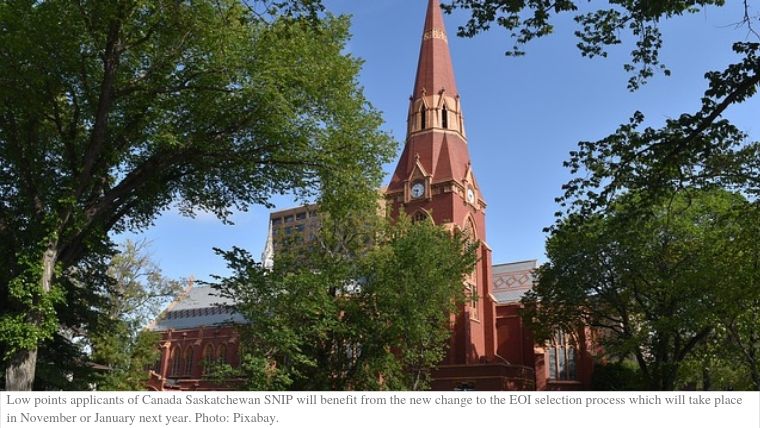 Compared to the previous EOI pool selection process which shows advantage to higher total points applicants to be selected, the change made to the new selection process shows more fairness and offers more opportunities to applicants with lower points, in the range of 105 to 115 points, which will be a huge positive effect.

The past EOI pool selections in 2019 had at least 120 points at average but only around 260 applicants were selected while the selected applicants in 2018 were nearly 4 times more, with one of the average points as low as 95 only. This has clearly pointed out that lower average points result in higher number of selected applicants. While applicants with high total points score will not receive a massive impact, those with low total points score (105-115) surely will be the beneficiaries. The change to the EOI pool selection process will have a positive effect on low points applicants in succeeding in their immigration plan.

In addition, under the circumstance of applicants with same points, the one who entered the EOI pool earlier will be selected and the rest will remain in the EOI pool for the next selection until expired.

The Canada Saskatchewan SNIP Entrepreneur is a migration program that is tailored to potential applicants who wish to acquire Canada citizenship by setting up a business in Saskatchewan.

There are only 2 months left before the next Canada Saskatchewan SNIP Entrepreneur EOI selection in November. Especially the Canada Immigration Office has just cleared most of its applications, the low application number will increase the possibility of being selected, even with low points, so it is recommended to take advantage of this change and start your application to migrate to Canada Saskatchewan as soon as possible.