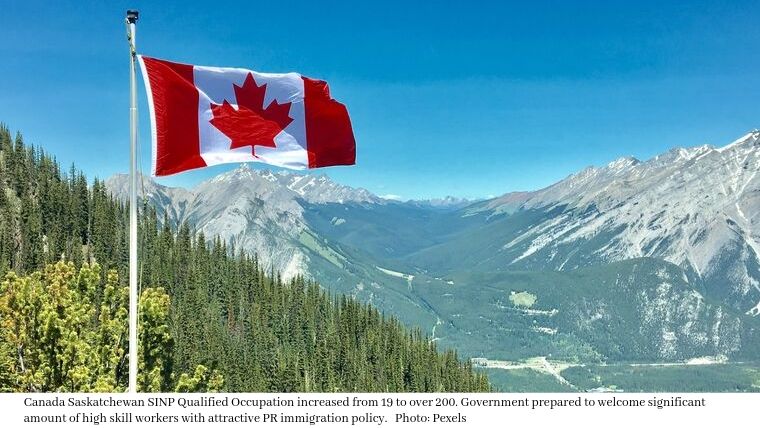 Provincial government of Saskatchewan has announced a major update on their Saskatchewan Immigrant Nominee Program (SINP). The government is prepared to welcome more skilled and talent worker to immigrate Canada by loosen up the in-demand occupation list, allowing over 200 occupations (previously 19) applicant to acquire Canadian permanent residency (PR) directly, without having to look for local job offer.

The new policy will be implemented from October 1st 2019. Meaning the requirement of migrating Canada Saskatchewan as skilled worker will be mainly depended on applicant’s Expression of Interest (EOI) score. With over 200 skilled occupation now eligible to apply for Saskatchewan Immigrant Nominee Program (SINP). Not eligible occupations can be found on official released document “Excluded Occupation List for the SINP’s Express Entry Category and the Occupations In-Demand Category”. Occupation list will no longer be a concern as long as applicant’s occupation is not listed as one of the 129 excluded occupation.

Qualified occupation applicant may apply for Saskatchewan provincial nomination, nominated and invited applicant are awarded additional 600 points towards their total score in the Express Entry pool. Applicant may also obtain Canadian permanent residency by submitting their applicant to the In-Demand Occupation Stream with a slower application time-frame.