Australian Home Affairs: 2,796 Allegations of Immigration Scam Received in the Past 5 Years

Australian immigration department, The Home Affairs, has received 2,796 allegations of immigration scam in the past 5 years, revealed by SBS News. Some of the scams were conducted by Australian local self-proclaimed migration service providers, targeting potential immigrants overseas. The news, once again, undermines the common bias that local migration agents are always more reliable than overseas immigration companies. 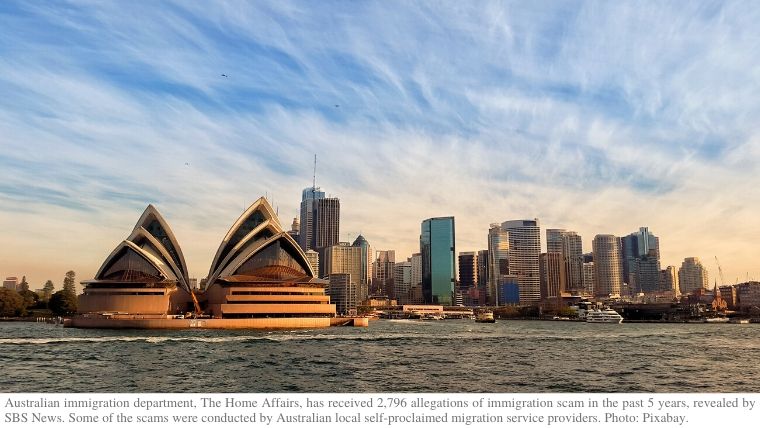 Such a circumstance exists especially when people are eager to leave the places where they stay, being manipulated by immigration frauds. These potential immigrants are in tenuous position as they are anxious to increase the possibility of getting approval and speed up the application. Many immigration consultancies claim that they are able to assist in document preparation and guarantee a high success rate. However, only a few large companies, with specialists of all relevant fields ready, are capable to do that.

GLOBEVISA GROUP, ranked as one of the world largest immigration agencies, possesses well-established systems and relationships for most migration programs. With more than 1,000 employees and over 30 offices worldwide, the company has been offering services on application for immigration programs of many countries, such as Australia, New Zealand, Canada, etc., for more than a decade.

As the social unrest in Hong Kong lingers on, GLOBEVISA GROUP has seen an ever-increasing number of enquiries about migrating to Australia and New Zealand, two of the most popular immigration destinations. Yet, many found it difficult to choose their best-suited programs. GLOBEVISA GROUP, therefore, has arranged a seminar on the theme on Australia and New Zealand immigration. The seminar will give an in-depth analysis of eligibility criteria and procedures of obtaining passport. 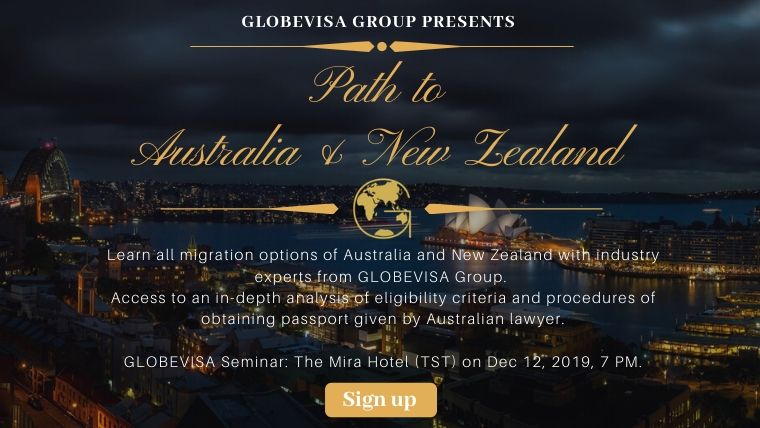